Media Use in the European Union 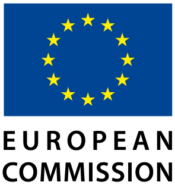 The Standard Eurobarometer 80 survey was conducted between 2 and 17 November 2013 in 34 countries or territories: the European Union’s 28 Member States2, the five candidate countries (the former Yugoslav Republic of Macedonia, Turkey, Iceland, Montenegro and Serbia), and in the Turkish Cypriot community in the part of the country that is not controlled by the government of the Republic of Cyprus.

This report examines the media use by Europeans, their views regarding how informed they are about the EuropeanUnion and the changes observed in these areas since autumn 2012 (Standard Eurobarometer 783 survey).
For the record, the Standard Eurobarometer survey of autumn 2012 (EB78) had shown an increase in the use of the Internet and social networks by Europeans. We also observed an increase in television viewing by Europeans, but this coincided with a decline in trust in the media.

This report will successively examine:

– Their trust in the various media, and the credibility of various sources of information available on the Internet;

– How well-informed Europeans feel that they and their fellow citizens are on European matters;

– Preferred information sources for national and European affairs, and for finding information on the European Union;

– Public opinion of how the European Union is covered in the national media: does it receive too much or not enough coverage? Is the coverage too positive, too negative, or objective?

– Expectations in terms of Internet sources of information on the European Union;

– Opinions of social networks and what they contribute to political information and the relationship that citizens have with politics.