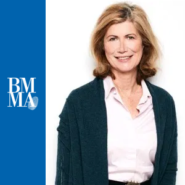 Between tradition and innovation – which branding and marketing strategy?

King of wines and wine of kings, champagne still dominates the global bubbles market, although it now accounts for only 13% of it. After exposing the great characteristics of Champagne and the protagonists who dominate the appellation, Virginie Taittinger (CEO at Champagne Virginie T) will present her career and the strategy of branding and positioning that her own champagne house follows, and which is supported by the strength of her 21 years with her father at Champagne Taittinger.

Who is Virginie Taittinger?

Virginie Taittinger began her career in 1983 at SEITA (a tobacco and match company) as Products Manager. She was involved in Champagne Taittinger from 1986 until 2007, while in charge of marketing and communication and general management at Samazeuilh (a Bordeaux wine merchant) and Bouvet Ladubay (Saumur) between 1986 and 1999. From 1999, she spent eight years in Brussels and was Director of Public Relations – Benelux – Germany – Switzerland.

Since 2008, she has been involved in “SAS The Nectar of the Gods”, working on production, elaboration and commercialisation of on-line marketing of Champagne Virginie T, of which 30,000 bottles are produced each year.

Virginie also has other strings to her bow. She was also a commentator on the daily program “Matin Bonheur”, host of a daily society magazine and published a book titled “Avec un zeste de courtoisie”. She is a member of the Etterbeek European Affairs Advisory Committee, an Etterbeek Town Councillor, Foreign Trade Advisor of France – Belgium Section, and Director of Vivaqua – member of the audit committee. And for several years she was also Director of the restaurant Le Grand Vefour, Director of the hotel chain “Première Classe” and Director of hotel Martinez in Cannes.