Club33: Have you met Hugues Rey 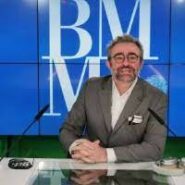 Hugues began his carreer in ‘92 as Research Manager for Media+Square (now WPP Mindshare) and then as Research Director for Initiative Media in ‘98. In 2000, he created Fastbridge, the digital agency of Initiative Media. In 2006 & 2007, Hugues was the Digital Director for Europe, Middle East and Africa for Initiative. In 2008, he has been promoted as Chief Strategy Officer for Mediabrands.

He started working at Havas Media in September 2010 where he is now the CEO.

Hugues is also Marketing Teacher at Solvay Brussels School of Economics and the current president of UMA.

Let us invite you for a few drinks on the 9th of June, learn how Hugues kicked off his career and how he learnt to always be ahead of the curve.